Dropping our anchor in the shallow cove surrounded by cacti studded cliffs, we breathed a sigh of relief. We watched the setting sun glow red against the undulating sandstone as we enjoyed the comfortable Mexican winter weather on deck. Gone were the sounds of traffic, to be replaced only by the occasional bird call, or the lapping of waves against rocks. Gone was the crazy tidal currents of the La Paz channel, to be replaced with the gentle rise and fall that changes the shades of turquoise on sandy shoals from light to deep. After waiting out a weeklong Norther, we had found a generous weather window to explore the Island of Espiritu Santo, only 15 miles away from La Paz, but a whole world apart. A national marine park and UNESCO biosphere reserve, the island hosts an abundance of wildlife, including an array of endemic animals. Deeply indented coves along the western side of the island provide many sheltered anchorages, and the activities of choice here are kayaking, snorkeling and scuba diving.

In the morning, we had our chance to reset our minds to relaxation mode, and remember why we are out cruising. Cut away from internet connection, we could stop worrying about work for awhile. Stocked up with 2 months of provisions, we could step away from the mundanity of everyday chores and spend time as a family. We brought our tent to shore as a shade from the sun or a place to take a nap, and we each engrossed ourselves in experiencing the beach as we liked best. Travis strolled around with his sketchbook, Rowan played in the sand and found interesting rocks to show us, and I indulged in beach combing, fascinated here by shells so minuscule that they could be mistaken for grains of sand. Simple pastimes indeed, but meditative, and a chance for us to learn more about and connect with the world around us. 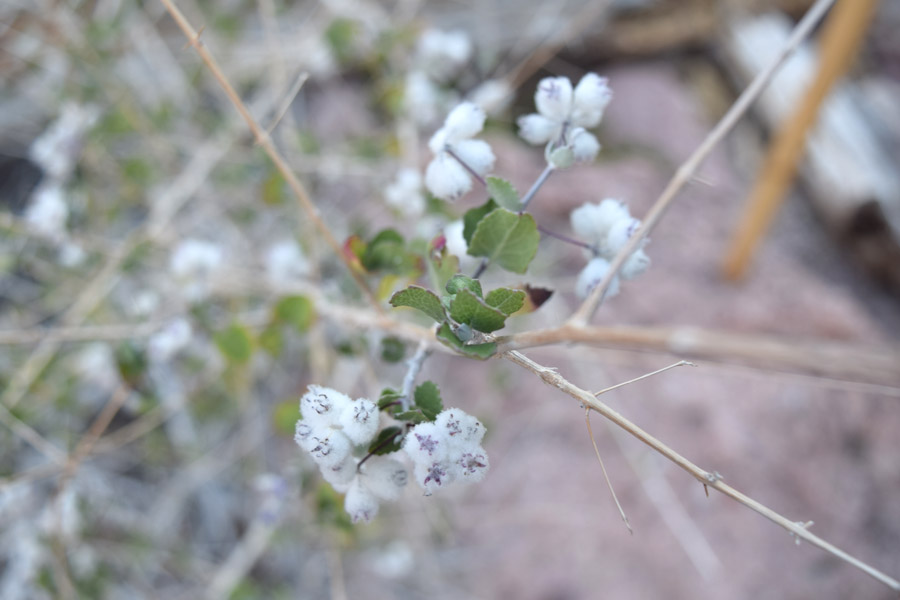 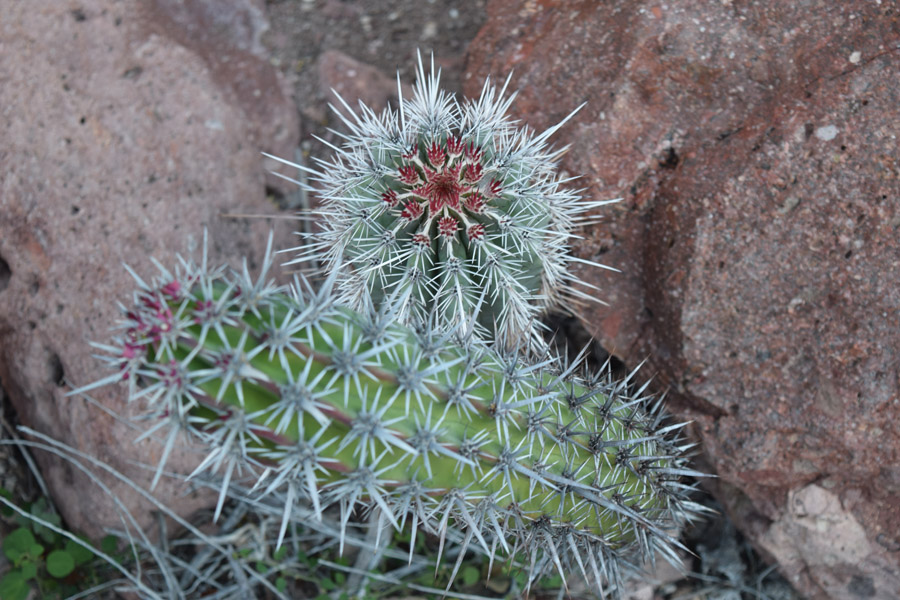 The next day, we followed a marked trail up the rock filled crevice between the cliffs towards an overlook on the other side of the island. An early start afforded us shade in the morning shadow of the surrounding hills, as we watched golden sunshine gradually descend into the valley. On the way up, we saw many species of local desert plant life, lizards and insects. Happening upon an empty well, we found a black jackrabbit unlucky enough to have fallen in. Not quite sure how to rescue it, we continued on our hike, vowing to devise a bucket and rope rescue system if it had not managed to climb out by the time we returned. Later on, just as we were about to lower our dinghy painter line into the well however, the jackrabbit finally mustered enough strength to make a heroic bound up the sides of the well and leap to freedom. We felt relieved that it got out unaided, but still worried about other animals inevitably falling into the same well.

This was our first honest trail hike in Mexico, and we found it rewarding. Climbing up rocks of various sizes and trying to avoid being pricked by cacti while looking for trail markers felt like a fun game, just tough enough to bring us out of our comfort zone without being unmanageable, although our feet did hurt after a day full of contorting to the rough terrain. At the end of the trail, we were rewarded with a view of the other side of the island, with the glittering water of Sea of Cortez stretching over the horizon towards the mainland.

The north and south portions of Espiritu Santo are very barely divided by a dinghy channel cutting through a sandbar; a novel scene to be had at our next anchorage, Caleta Partida. This anchorage is the most comfortable one on the island, as it is enclosed on all sides except the west, affording boats a good wind break and diffusing swells that tend to wrap around the points of other anchorages. On the north bight of the cove, pelicans can be found in large numbers, creating a spectacle at mealtimes when dozens of these large brown birds, along with neighboring seagulls, terns, grebes and frigate birds dive spectacularly into swirling black masses of fish fry, securing dinner. At low tide, the sandbar extends to wading level for a half mile, exposing sand and rocks where animals can be seen, including starfishes, sea urchins, sea anemones, sea cucumbers, sea snails, oysters and a large number of porcupine fish.

The most endearing inhabitants of the cove however, are the sea turtles. Every once in awhile, a tiny head pops out of the water for a breath, looks around at the boats, and then sinks away, seemingly unaffected. On a tip from a fellow cruiser, we stayed in the cove to witness a turtle study conducted by a local university. Not widely publicized, not many people know when or where the studies take place, although they have been done monthly for the past 10 years on this island. The evening before, nets were set out to catch turtles, which were checked overnight so that captured turtles would not drown. The nets were set relatively close to our boat, so, excited to see the next part of the study, we rowed to shore at the crack of dawn the next morning to where the researchers were camped out. At first we thought that we were late; we noticed the nets had already been retrieved when we woke up, but then realized that we were in fact too early. Researchers walked around camp brushing their teeth as we waited for the turtles to be brought up. In the meantime, a group of two tourists and a local guide showed up to join us, a plus for us since the guide acted as a translator for the researchers and told us lots of information that we would have missed otherwise.

That morning, the researchers had 3 turtles to study; 2 Hawksbill Turtles and 1 Green Turtle. Each were brought up to a workbench where they were measured, weighed, had their temperature taken, examined for parasites, and tagged if necessary. Over the past 10 years, the researchers have tagged about a thousand turtles on Espiritu Santo. In this cove, they believe that there are 50 to 70 individuals. To keep the turtles calm, the researchers cover the animals’ eyes, an especially helpful tip when it comes to Hawksbills, which have sharp beaks. As they worked, the researchers explained that they were taking note of the size of the individuals to help determine their age. The width and length of their carapace, really a modified rib cage, was recorded. The smallest turtle that we had that day was 12 years old. The researchers also scraped off barnacles growing on the turtles’ carapaces and put them in baggies to be analyzed at the lab, those would help them find out information about the environment that the turtles live in. On Espiritu Santo, they were happy to discover minimal amounts of micro plastics in the local seawater. Our tour guide friend added that turtles have a hook in their mouths that help them hold on to prey such as jellyfish, but that if they bite a plastic bag by mistake, it is impossible for them to spit it back out, causing them to suffocate. Before releasing each turtle back into the water, the researchers check that they all have 2 tags in the crook of their hind flippers. This way, there is a backup tag in case one falls off. Using the number imprinted on the tags, the movement of each turtle can be tracked, and previous measurements can be compared to determine how well they are growing, although a researcher shares that sick turtles are immediately noticeable by their pale coloration. By mid morning, the last turtle was done with, and released onto the beach, whereby it crawled heavily into the water and swam away with astonishing speed. We watched its undulating swimming pattern for some distance thru the clear water and were thankful to have witnessed such a non touristy but yet amazing event; locals doing their part in preserving the environment for future generations. Rowing back to the boat, a turtle popped it’s head up out of the water and watched us with knowing eyes. Was it one of those that we had met on the beach? It lowered its head back underwater and swam placidly away. We had a good feeling about the future for our shelled friends.