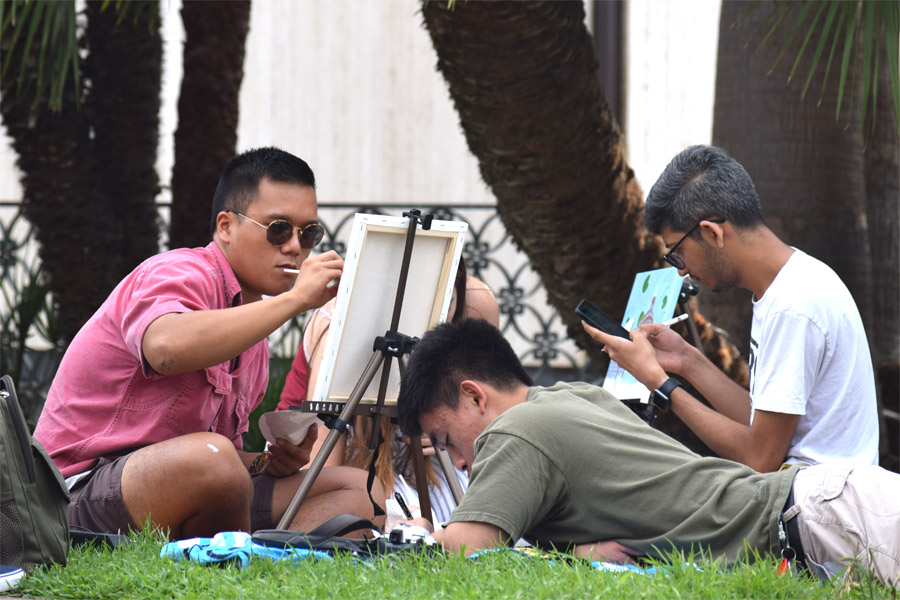 We had been in San Diego for almost 3 months, busy with boat work, and hoping to meet other cruisers about to push off for Mexico at the start of the November cruising season. We watched weather forecasts as the last of hurricane season’s storms swept by and made landfall in various parts of the Pacific coastline where we were planning to be in the coming weeks. Itching to cross the border as we were, it was still nerve wracking to see the ominous swirls of color forecasting strong winds and waves on our weather reports and imagine what it would be like if we were early by just a bit. Nevertheless, we were starting to feel a little depressed from our lack of movement; a cruising boat is not meant to stay in one spot for so long. We were starting to work our way thru the city without a map and referring to the people offloaded by the cruise ships as ‘those tourists’ as if we were locals, so we knew we had gotten too familiar with the city. 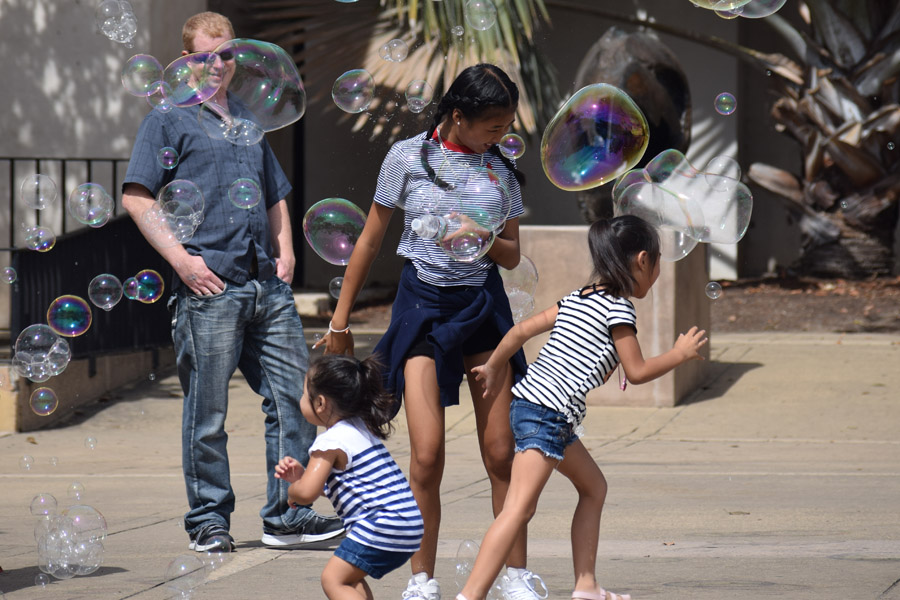 We spent the majority of our time in the A9 cruisers’ anchorage, which allows up to 3 months stay for non residents. It was interesting watching boats come and go, with flags of various countries, and with their own sailing stories to tell. We rendezvoused with Nes Puck on their way to Hawaii. We had dinners aboard Southern Cross with the Stevensons, exchanging sailing and parenting advice. We met the Kellers who had previously sailed the Sea of Cortez and had plenty of advise to share with us over a pool play date with Rowan and their two children. We joined the Bizjak family aboard their newly purchased boat Litha for her renaming ceremony, where we made offerings of Limoncello and apple juice (there were kids aboard) to Neptune and each of the Gods of the 4 winds. Over the past few months traveling down the California coast, we had not met many cruisers. But now that they were all concentrated here, we felt like we were slowly discovering our own society of cruisers, people who lived like us and understood our dreams and frustrations, our ideals and concerns.

Close to the anchorage is the Waterfront Park, a great place to bring kids to run around in the playground, cool down in the fountain, enjoy the beautiful botanical garden, or do some yoga on the lawn. Events such as music festivals and school excursions are regularly hosted here, and newlyweds from the adjacent county administration building can be seen posing for wedding photographs. We brought Rowan here regularly to practice walking and socializing with other children, and indeed he did take his first unassisted steps here. Feeling guilty for sequestering him on the boat, we plopped him down amidst crowds of other people’s children, eager for him to make some friends, but soon found out that socializing for 1 year olds just consists of babies staring at each other, or if you are lucky, babies stealing toys from each other. 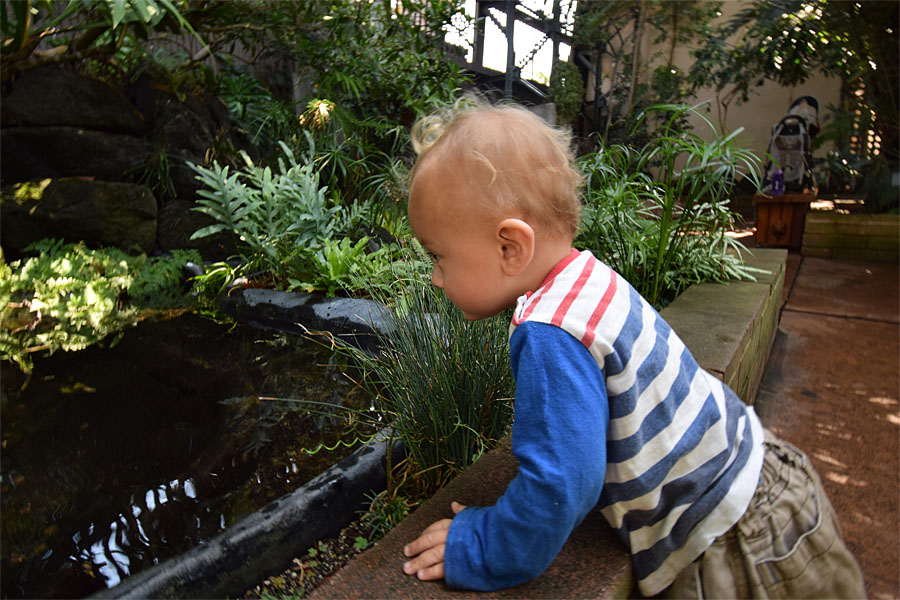 A few miles inland is Balboa Park. Similar to the Golden Gate Park in San Francisco, it is a massive green lung, filled with museums, gardens and restaurants. There, we visited the iconic Botanical Building, built for the 1915 Panama – California Exposition; one of the largest lath structures in the world. The lily pond in front of the greenhouse is a picturesque spot for families to have picnics or gather with friends. At the north end of the park is the Spanish Art Village, a collection of art galleries and workshops set in a colorful and charming courtyard, where buskers strum music under the trees and artists sip coffee and paint with their neighbors. In the afternoons, music rings out for a whole hour from the California Tower; a bell tower that is part of the building housing the Museum of Man. We sat and had lunch at a restaurant nearby, listening to the theme song from Harry Potter being chimed and watching clouds float by, as Rowan toddled around garden sculptures and played with seed pods from the trees surrounding us. 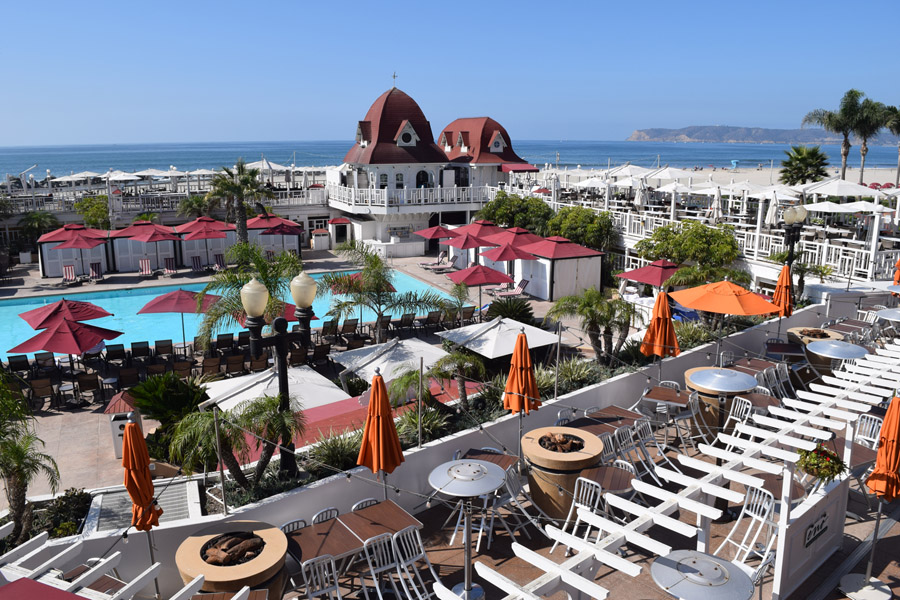 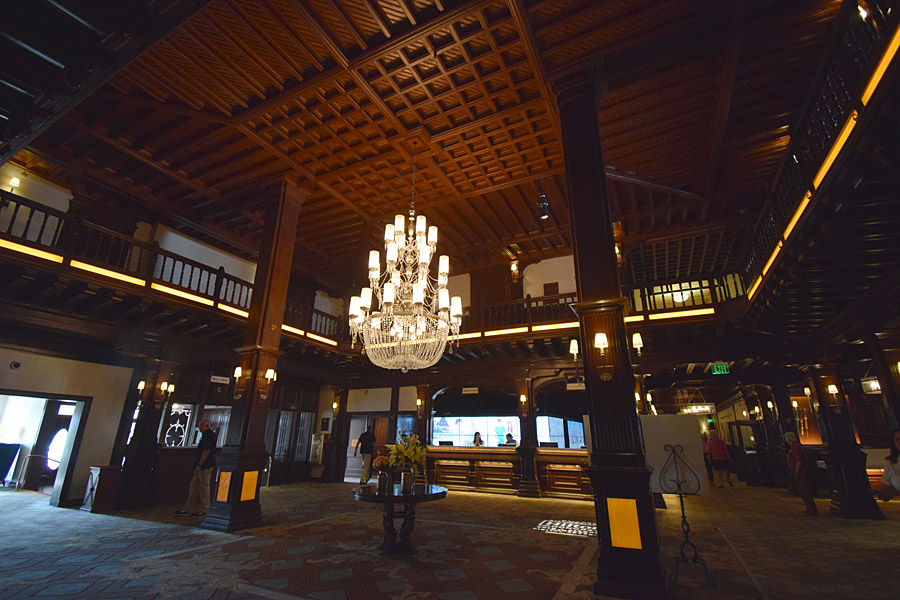 As the end of September rolled by, we decided that it was possible to leave for Mexico a little ahead of the official cruising season start date if we were especially mindful of our weather reports. So we pulled our anchor, waved goodbye to the A9 anchorage, and made a farewell trip to Glorietta Bay, where we had heard of a heritage hotel that we had to have a look at. The Hotel del Coronado is a wooden Victorian beach resort, the second largest wooden structure in the US. It opened in 1888 and was frequented by royalty and celebrities throughout the years. Standing at a lookout point on the hotel walkway, it was disorienting to see water on both sides of the hotel; the Pacific Ocean in the west and San Diego Bay in the east. The hotel’s location on the skinny Coronado Peninsula affords it unparalleled views to its guests. 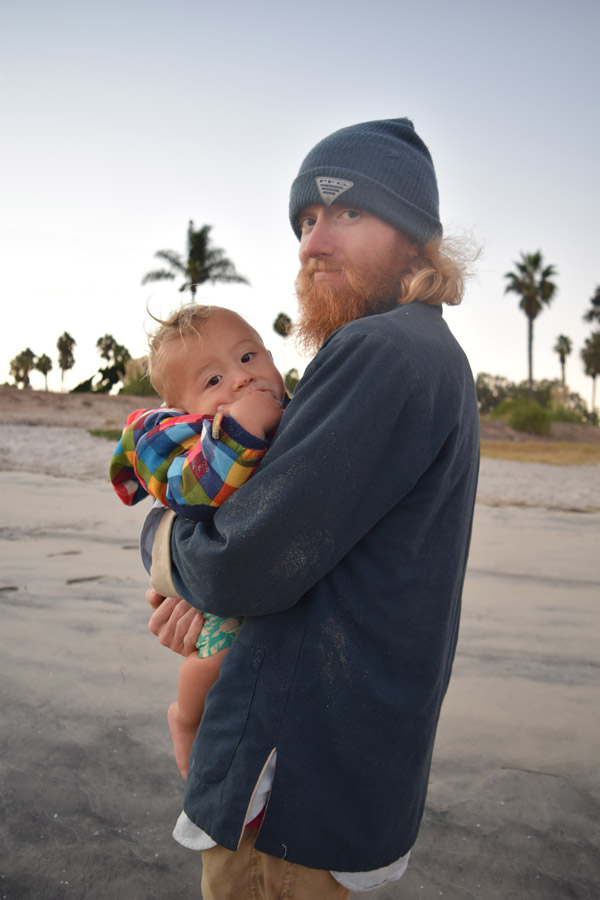 It was our final day living in the United States for what we imagine to be a long time, so true to our nature, we had to have pizza and ice cream as our final meal. I asked Travis if that is what would make him homesick for the US most of all. He replied no; we would be able to find pizza and ice cream anywhere in the world after all, and we would be returning to Ohio every Christmas, so the US would never seem too far away. But any excuse to eat pizza and ice cream in the same meal is a good enough excuse for him. As the sun set over the water, we walked along the beach and looked out towards the horizon where Mexico lay. The water lapping at our feet was still cold, but in the coming weeks, we knew it would get gradually warmer.